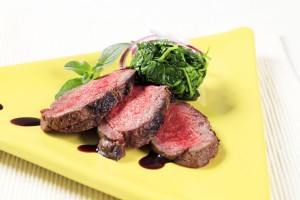 “This is the perfect go-to recipe for guests or a family gathering. Beef tenderloin is one of the easiest meats to prepare. It tastes delicious and always makes a tempting presentation. With all the flavored Dark Balsamic Vinegars available, the options are endless.” – Michele Senac END_OF_DOCUMENT_TOKEN_TO_BE_REPLACED

Oleocanthal. That’s the scientific term for the compound that gives these oils their bite.

It’s an amazing compound, one that may be responsible for some of the extraordinary health powers of the Mediterranean diet.

A DIETARY PAINKILLER…AND MUCH MORE

Oleocanthal is one of the many antioxidant compounds found in extra-virgin olive oil. Almost a decade ago, it was first identified as a natural nonsteroidal anti-inflammatory (NSAID)—much like ibuprofen (Advil, Motrin). A synthetic version is patent-pending as a possible new painkiller.

• Killing cancer cells. Our bodies kill cells all the time—its one of our protections against cancer. Oleocanthal may enhance this. Researchers at Hunter College in New York City recently reported that, in the lab, a purified version of oleocanthal killed cancer cells—without damaging healthy cells. It does so by disrupting the membrane of a cellular organelle known as the lysosome, which is enlarged and more fragile in cancer cells.

• Detoxing the brain. Alzheimer’s disease is marked by tangled neurons and the buildup of the toxic compound beta-amyloid. Researchers at the University of Louisiana at Monroe have found that oleocanthal interferes with this process. In mice given oleocanthal, two proteins key to transporting beta-amyloid out of the brain worked significantly better.

It’s early work, but it may shed light on the anticancer and dementia-protective properties of the traditional Mediterranean diet. In one Spanish study, women who followed the diet over five years were 68% less likely to develop breast cancer, while in an American study, men and women who ate Mediterranean over 14 years were 32% less likely to develop Alzheimer’s. There are many nutrients and compounds that may play a role in these protective benefits, of course, but a group of scientists believe that oleocanthal is an important part of the story.

HOW TO EAT MORE OLEOCANTHAL

It’s not available as a supplement—at least not yet—so the best approach is to seek out olive oil that is likely to be high in this bracing compound. Start with extra-virgin olive oil (EVOO), since the harsh methods of extraction used for “pure” oils destroys antioxidants, including this one.

Then go rustic: The highest levels are typically found in green, early harvest EVOO, since levels decline as the olive fruit ripens, according to a study of Greek and California olive oils. If you have a good specialty shop, ask the vendor for a good green olive oil with a pungent flavor.

The best way to tell? Taste. Swallow a spoonful of EVOO, and wait for a peppery sensation in your throat. If you “feel the burn” after a few seconds, you have the real thing. No burn, not much oleocanthal.

Pizzicante EVOO isn’t for every dish—or every palate. If you don’t like it, you can rest assured that it’s but one of the hundreds of health-protective compounds in the traditional Mediterranean diet, with its emphasis on vegetables, fruit, beans, nuts, whole grains, seafood, fermented dairy products and wine. But if you do like an assertive EVOO, there’s a good argument that you’re enjoying the healthiest olive oil money can buy.

END_OF_DOCUMENT_TOKEN_TO_BE_REPLACED

Here’s a quick reference guide for substituting olive oil for butter or margarine in baking. 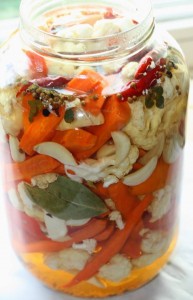 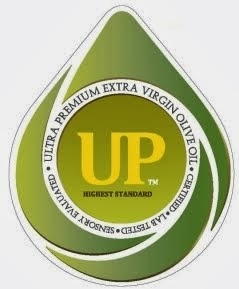